ANN WOODWARD
“She Was A Great Shot”

Heir to a banking fortune, Willian (Billy) Woodward Jr. married the infamous Ann Crowell, a Manhattan showgirl. In what Life Magazine called “the shooting of the century” Ann fatally shot Billy in 1955 in their Long Island mansion. She, as well as both their sons, eventually committed suicide.

Following Billy’s death, both of Ann’s sons joined René and his brother at boarding school in Switzerland. The widowed Ann had an on-again, off-again relationship with René’s father. The story is the subject of Dominick Dunne’s book and mini-series The Two Mrs. Grenvilles, which René will reference.

René will reveal details about Ann and the infamous shooting and will include many personal anecdotes. 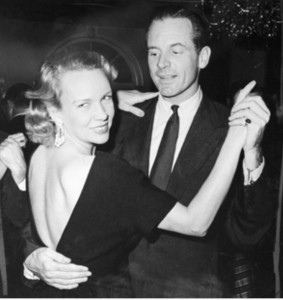