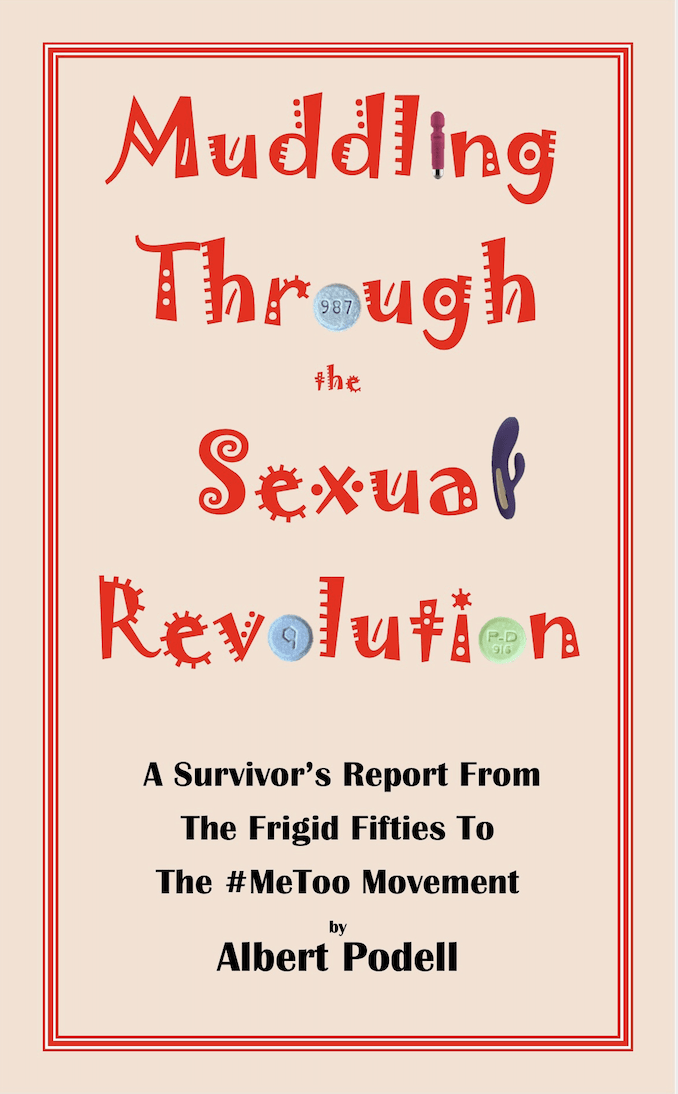 MUDDLING THROUGH THE SEXUAL REVOLUTION by ALBERT PODELL

Albert Podell is one of the finest non-fiction writers working in America today, and Muddling is the epitome of his engaging style. Small wonder that Booklist held that “his writing is breathtaking” and that leading feminist scholar Sylia Law declared that “I love this groundbreaking book about our sexual revolution. Serious, funny, brave. Works on many levels: vital social history, remarkable memoir, a hilarious sexual romp. Fabulous! “

Muddling is easily the most entertaining, enlightening, humorous, and fascinating sexual memoir out there. It’s also the first book written about the Sexual Revolution by someone who lived it and loved it, and Podell lets it all hang out in delicious detail from the enshrined female virginity of the frigid Fifties, to banging the baloney, college panty raids, frottage, his editorship at Playboy, sharing Hefner’s social philosophy and some of his girlfriends, the vibrator, the Pill, the ERA, Roe v. Wade, open marriage, sex of every sort, threesomes and foursomes, Studio 54, Plato’s Retreat, mate swapping, some eighty extraordinary personal bedroom sexploits, and on to the liberated era of personal ads, escort services, the Eastern European invasion, paid “arrangements,” Sugar Babies, and the #MeToo Movement.

His previous book was a New York Times and Amazon best seller, and there’s no reason why Muddling should not find an even wider and more adoring readership.

You can buy the book here 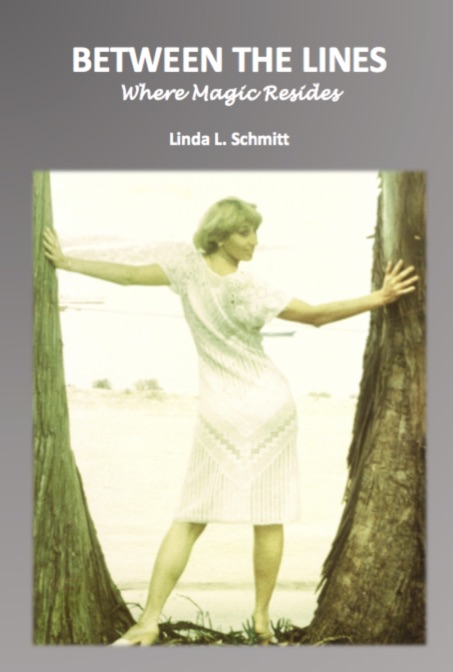 BETWEEN THE LINES - WHERE MAGIC RESIDES by LINDA L. SCHMITT

Executives competing in today’s constantly changing, increasingly fragmented and polarized world need trustworthy and skilled between the lines connectors to help their enterprises achieve and sustain world class performance. The capacity of an organization to become aware of and fill this gap begins with the Executive’s decision to trust and value the aspiring between the lines Connector and for the Connector to take responsibility for her/his experiential development with the support of the Executive to whom she/he reports.

The purpose of Linda L. Schmitt’s story is to meaningfully transfer to aspiring between the lines connectors her unique, multi-transformational twenty-two year learning curve as part of the same global corporation. Her passionate desire is to reveal and help them internalize in their own way the golden nuggets she discovered over time in her role as Executive Assistant to three successive CEO’s with fundamentally different leadership characteristics and temperaments.

A hardcover children’s bird-watching book. Bienvenido the Bird-watching Cat introduces common backyard birds and their typical behaviors, through a charming story. Test your knowledge with 9 memory games while practicing counting. This is a superb quality children’s book with a glossy hardcover and 72 pages of content on heavyweight, glossy pages, that include 160 high resolution photos. It makes an ideal gift for families and classrooms. While learning backyard birds, learn Bienvenido’s 10 axioms: 1) behave nicely 2) try hard 3) be busy 4) embrace uniqueness 5) share nicely 6) solve problems 7) be orderly 8) be helpful 9) eat well (but not worms!) 10) explore curiously.

MY FIRST 83 YEARS by PAUL NOBLE

At last two of the best-known Scientology exposé writers team up to tell the whole story… from Scientology celebrities, (and how the church uses and abuses them) to the Sea Org (Scientology’s highest level where members who join sign billion-year-contracts to work for them throughout their entire lives) to mysterious deaths, to fair game (from the viewpoint of the attackers as well as the victims) to how Hubbard got some of his (weirder) ideas, to Scientology today (including signs of their decline) and much more.

This book was written for people who (think they) know just about everything there is to know about Scientology, to those who know nothing; the stories range from early Hubbard to what is happening today. The chapters were chosen to appeal not only to former Scientologists, but also never-Scientologists, as well as to people who never bought a single book of theirs to those who spent most of their lives [and some believe, even their past lives] in it.

The 360+ pages and photos reflect not only that what’s interesting, but also what’s important in understanding what has happened in this church, right down to what’s happening today.

Tony Ortega has been chronicling events in Scientology since the early ‘90’s and Paulette Cooper wrote the first major exposé of Scientology (“The Scandal of Scientology”) in 1968. She then spent the next 15 years exposing them while they went after her with vengeance. This is chronicled in Tony’s first book, “The Unbreakable Miss Lovely.”

This pill may make your dog live longer – How to stop your dog from barking at the TV – Meghan Markle abandoned her dog – Does your dog need plastic surgery? – When your dog loves a family member more that you (and how to steal him away) – The scoop on poop (and how it’s used as a secret military device) – How to tell if your pet got into the pot – Should your dog be on the wagon? – Why do dogs keep eating TV remote controls? – Celebrity mistreatment of their dogs – The dog who accidentally ordered porn – Dogs who look like celebrities – How O.J. Simpson’s dog proved he did it – Dogs are cleaner than men’s beards – Weird web sites – Sex and single dog – Stinky stuff – Why your dog’s feet smell like corn chips (& is it safe for your dog to lick your feet?) – Dogfishing: posting with dogs that aren’t yours on social media – Dog kickstarted campaigns – Common things you didn’t realize could kill your dog – Is it safe to smooth a pooch? – How to kiss a dog you don’t know well – There’s really no such thing as a hypoallergenic dog – Your dog can be allergic to you – Dogs who don’t bark a lot – Dog breeds whose names you’re probably pronouncing wrong – Can dogs tell if you’ve had sex? (And do they care?)Plus over 150 photos.

I Survived Swiss Boarding Schools:
All That Glitters Is Not Gold

Normandie,
the Tragic Story of the Most Majestic Liner

Noblesse Oblige:
The Duchess of Windsor as I Knew Her

Walking The Rainbow:
All that glitters is not gold